One of the sad editorial tasks I was involved with at Tolkien Studies was the writing of brief memorials for recently departed colleagues and fellow Tolkien-scholars.  Here follows the memorials I would have suggested for the time period since I left Tolkien Studies to the present, in reverse chronological order (i.e., the most recent passing first). 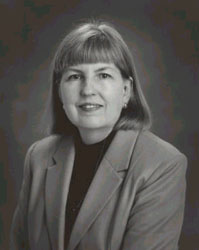 Petty was educated at Florida State University (B.A. 1966; M.A. 1970; Ph.D. 1972).  She published One Ring to Bind Them: Tolkien’s Mythology (University of Alabama Press) in 1984.  It was reprinted (with a new introduction and a revised bibliography) in 2002.  Tolkien in the Land of Heroes: Discovering the Human Spirit followed in 2003. She also published Dragons of Fantasy: Scaly Villains & Heroes of Modern Fantasy Literature (2004; 2nd edition 2008), which includes a section on Tolkien’s dragons.

Petty’s essay on “Identifying England’s Lönnrot” appeared in the first volume of Tolkien Studies (2004) and she contributed three entries (“Allegory”; “Finland: Literary Sources”; and “Folklore”) to the J.R.R. Tolkien Encyclopedia: Scholarship and Assessment (2007), edited by Michael D.C. Drout, as well as essays on “Shakespearean Catharsis in J.R.R. Tolkien’s Fiction” in Tolkien and Shakespeare (2007), edited by Janet Brennan Croft, and “Reflections of Christendom in the Iconography of Middle-earth” in Light Beyond All Shadow (2011), edited by Paul E. Kerry and Sandra Miesel.  She also reviewed The Silmarillion: Thirty Years On (2007), edited by Allan Turner, for Tolkien Studies volume 6 (2009).  An interesting interview with Petty about her work appeared in the Green Books section at TheOneRing.net in 2004, see here.

Petty’s novels include two volumes of a projected quartet about Australian aboriginal dreamtime, Thin Line Between (2005) and Shaman’s Blood (2011), as well as another work of dark fantasy, The Cornerstone (2013), and a literary suspense novel set in Petty’s home state of Florida, Hell and High Water (2011), co-written with P.V. Le Forge.

In 2006, Petty formed Kitsune Books, with the stated intention of making available well-written books that are "slightly off the beaten path". She published a novel by Verlyn Flieger, The Inn at Corbies' Caww, and an anthology on The Mythological Dimensions of Neil Gaiman, edited by Anthony S. Burdge, Jessica Burke, and Kristine Larsen, among some two dozen-plus publications.  Petty closed down Kitsune Books in December 2012, after the onset of illness. 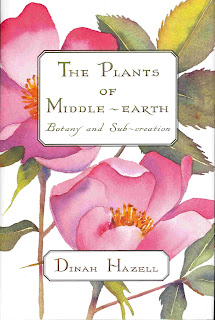 Dinah Hazell (1942-2012), author of The Plants of Middle-earth: Botany and Sub-creation (Kent State University Press, 2006), passed away in Menlo Park, California, on December 14th, 2012. She was survived by her husband, George Tuma, Emeritus Professor of English at San Francisco State University, with whom she had designed and co-edited the online journal Medieval Forum and co-taught a popular class on The Lord of the Rings as epic literature.  Her husband passed away one month to the day after Hazell.

Professionally she worked in the Local Studies and History department at the Central Library in Birmingham, and she made a specialty of studying the local connections of Tolkien’s family.  A number of essays—results of her extensive research—appeared in Mallorn and Amon Hen, two the publications of The Tolkien Society, as well as on the Birmingham Library’s website. She planned a book on the Tolkien and Suffield family connections with Birmingham.  It was virtually finished at the time of her unexpected death.  One hopes it can be published as a memorial. 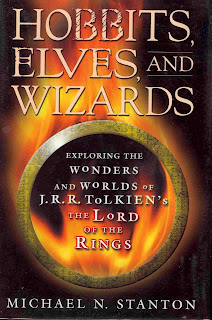 His earliest publication on Tolkien was an article “Teaching Tolkien” in a 1973 issue of a journal called Exercise Exchange. He also wrote an essay on Tolkien’s use of proverbial language in Proverbium for 1996, and contributed eleven entries (e.g., those on “Bilbo Baggins”, Gandalf”, Hobbits”, Humor”, etc.) to the J.R.R. Tolkien Encyclopedia: Scholarship and Assessment (2007), edited by Michael D.C. Drout.  Stanton’s major Tolkien-related publication was his book Hobbits, Elves, and Wizards: Exploring the Wonders and Worlds of J.R.R. Tolkien’s “The Lord of the Rings” (St. Martin’s Press, 2001).  For the 2002 trade paperback edition, Stanton added a short chapter on “Hobbits in Hollywood: The Fellowship Film”. In a 2002 interview with the SFRA Review, Stanton noted that “given the title of my book (which was supplied by St. Martin’s editors) I would like to have said more about wizards.”

After the success of Peter Jackson’s films of The Lord of the Rings, Stanton lead some tours of film-related sites in New Zealand, and contributed a short essay “Tolkien in New Zealand: Man, Myth, and Movie” to Tolkien’s Modern Middle Ages (2005), edited by Jane Chance and Alfred K. Sievers. Stanton died on December 15th, 2011, shortly after being diagnosed with pancreatic cancer.

Posted by Douglas A. Anderson at 2:59 PM